Posted at 01:02h in Client Voices by admin 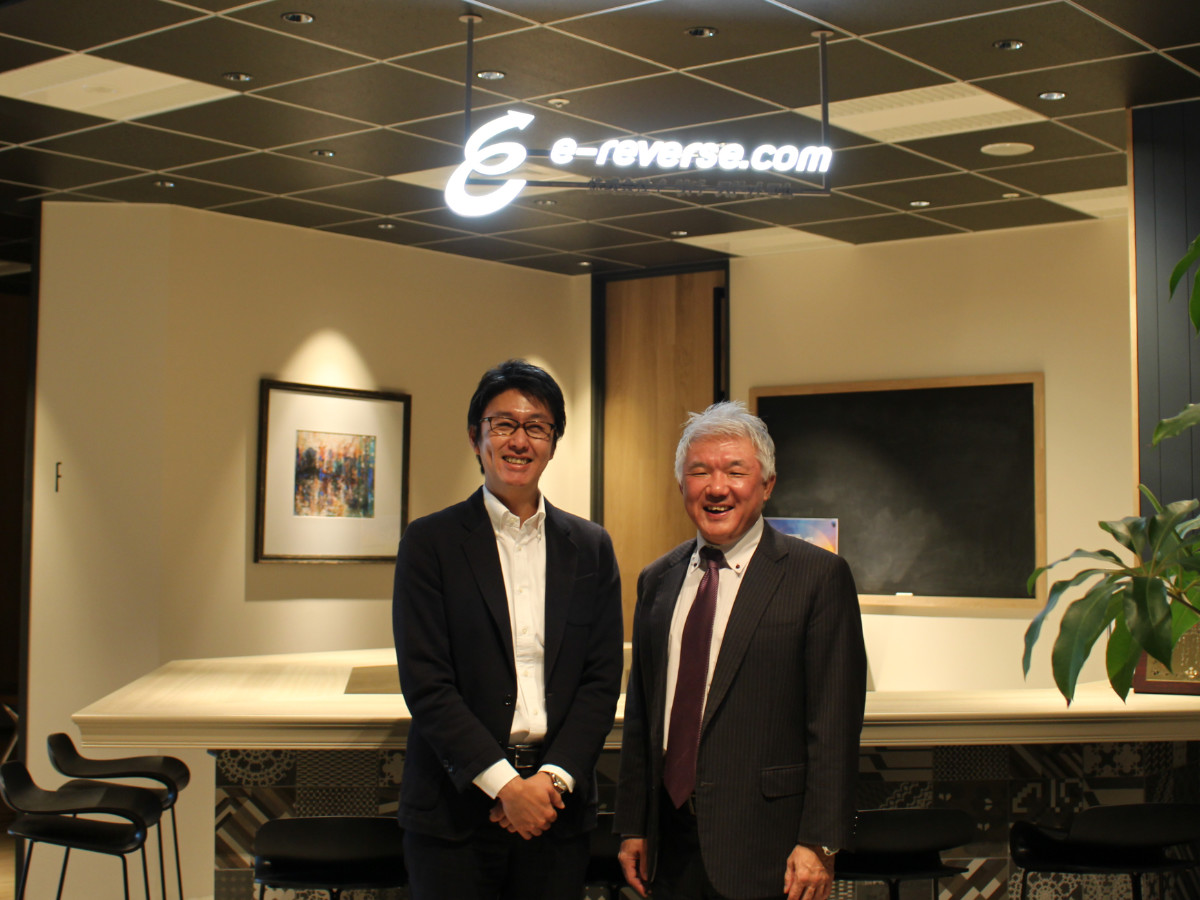 Established in 2007. Developed an electronic management receipt service for the industrial waste industry. Currently has over 6,000 companies registered as users, consisting of industrial waste disposal companies, collection and transportation companies, and treatment companies. In 2017, a service supporting the task optimization for construction companies was started as the third pillar of the company.

Please tell us about the business of E-reverse.com


Takahashi: Our company has three main businesses. The first one is the traceability management of industrial waste business, where we provide a web service for filling in the electronic receipt which is important in the disposal of industrial waste.

The second business is providing an electronic service for the contract details regarding the transportation and treatment of industrial wastes received from businesses. The third one started in 2017 as a business for the construction companies.

We provide a support service for the communication between the main contractor and the subcontractor in order to enable efficient work on the construction site.

10 years after establishment, the business which started from industry-related services has expanded and saw high growth as a company. Under that circumstances, why did you consider consulting an external consulting firm? 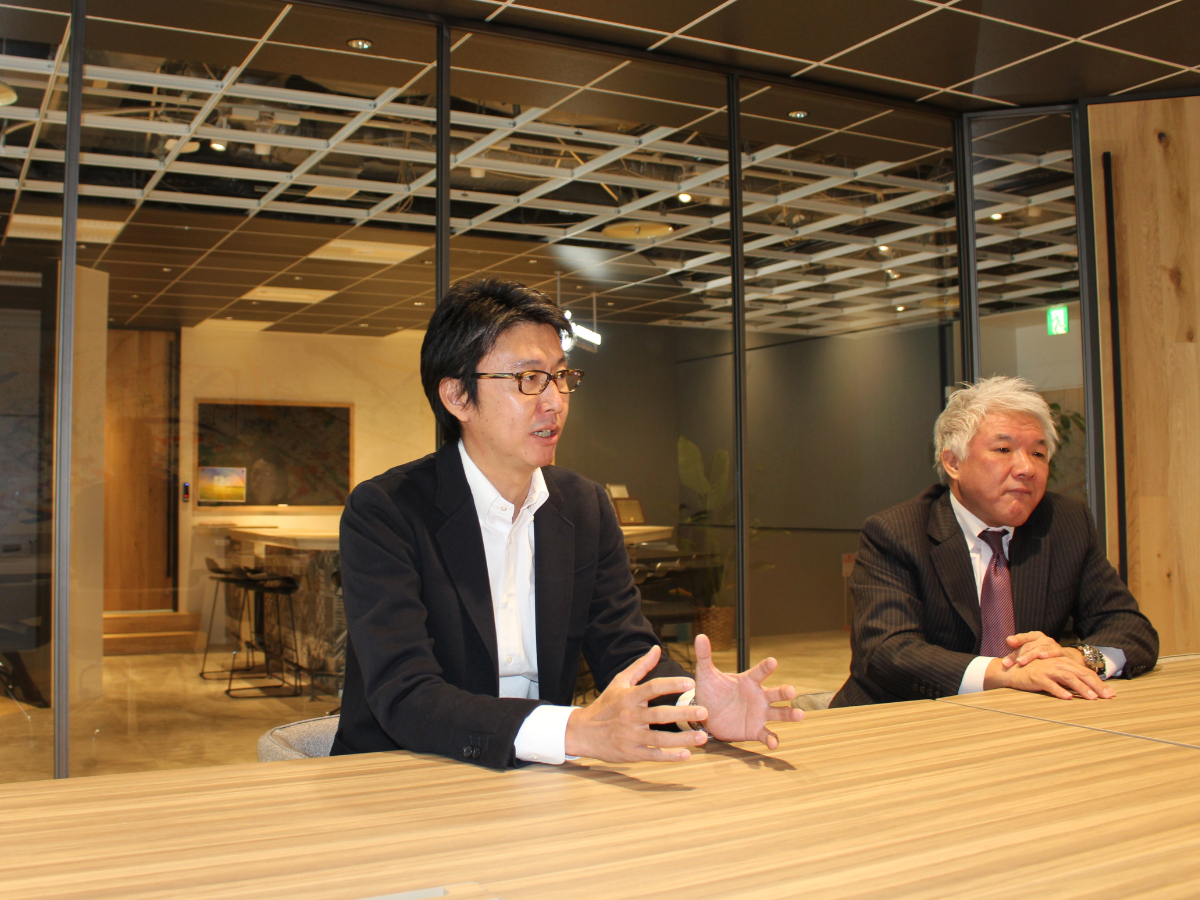 Takahashi: During the 10 years after establishment, we have been focusing on providing industry-related services, and we thought of investing the management resources there.

On the other hand, as the business is expanding, a problem became evident. The problem is that a service which changes paper receipt into an electronic one has a limit of the market size.

In terms of growth steps of a company, I felt that our company has come to a challenging period of creating a new business. In order to do so, it is necessary to design a middle term growth strategy of the company, however, there is a limit of capability from in-company resources.

Therefore, we decided to ask for assistance from an external consulting firm as we design the strategy.

We received the chance to conduct this on-going middle-term management plan design project after going through a competition held by your company. What were the important points used in selection?


Uchiki: The middle-term management plan controls the company’s future. Since we are going to create an important strategy for the company with an external partner, we placed importance on whether we could function as a good team. Specifically, is whether the consultant seems able to communicate smoothly with our company’s management team or project leaders. In that sense, I felt that LiB Consulting’s consultants were the best fit for us.

Another important thing was, the extent to which the consultant understood the image of the growth strategy our company is thinking of. Our president has high expectations for the business activity in the next 3 or 5 years, and would like a plan which breaks the company out of its shell. A middle-term management plan could be said to be a policy which explains the journey from the beginning until realization in detail.

There are many companies which participated in the competition, however, the company which truly understood our company’s way of thinking, and formed a suitable team for us was LiB Consulting.

What impression did you have of the presentation during the competition? 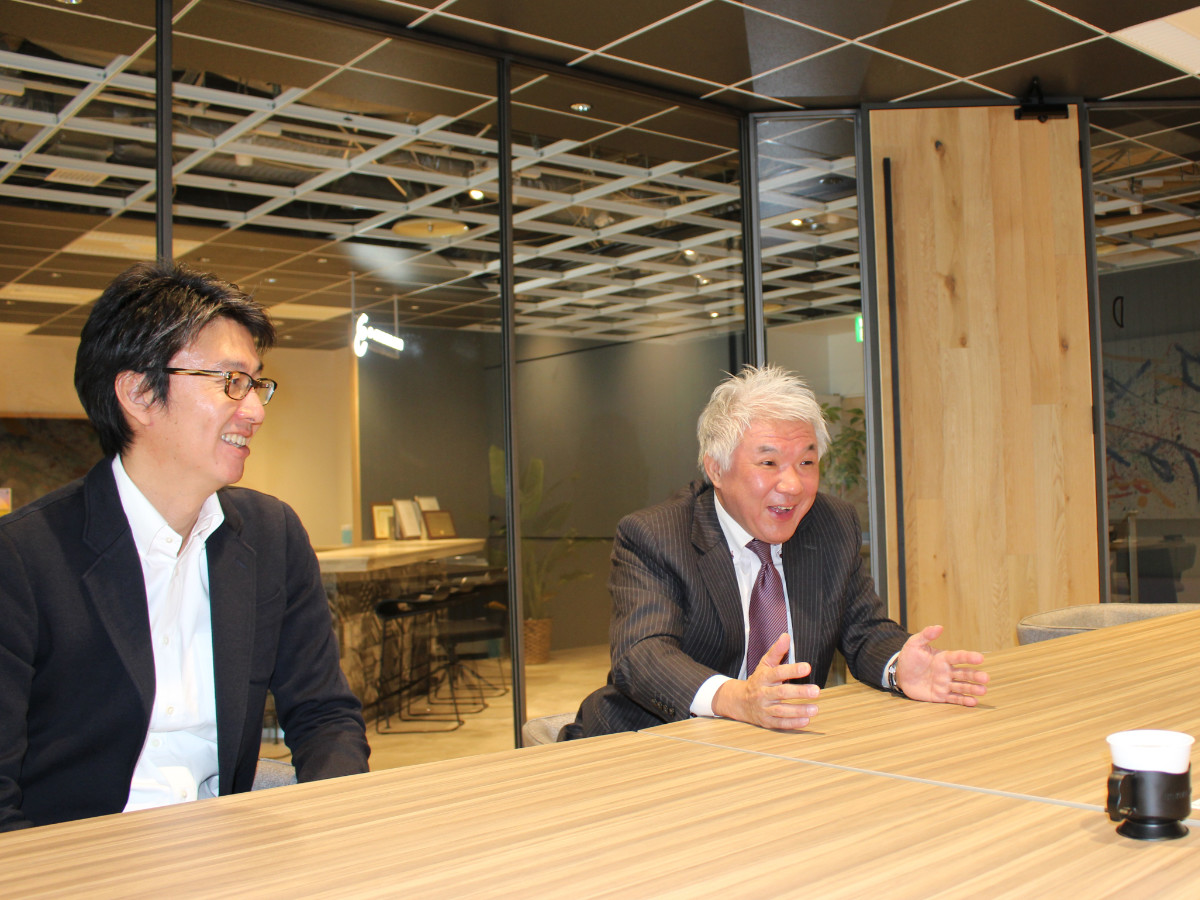 Takahashi: To tell you the truth, my first impression was that I think I would select other companies. Because, the proposal received from LiB Consulting during the competition felt quite difficult.

On the other hand, the proposal from LiB Consulting showed deep understanding about our company’s business and industry, and the enthusiasm of working with our company as a team in planning was conveyed. For me, this is the first time in consulting a consulting firm, and at first, I thought that “there should not be much difference between the companies, we only want them to give us an advice according to the theory”. However, I felt that LiB Consulting might be different, and therefore, as the final candidate, I requested one more presentation after telling my intention of “wanting to break out of the shell”, and “increase the pace of growth”.

And it is there that the difference from other companies became evident. It is clear that LiB Consulting does not only goes only by the book, but also considers our company’s circumstances in their talks. They talked about the exact same problems that I am thinking of time and again.

Moreover, I am just plainly overwhelmed by their enthusiasm. Having felt such distinction, I realized that LiB Consulting is not just an advisor, but a true companion of our company, who would create an order-made plan for us. I think it was a wonderful presentation which showed off their excellence clearly. After the competition was over, I immediately decided to choose LiB Consulting.

What are your impressions after the project actually started?


Takahashi: The first thing that I felt was good was the 2 days 1 night camp held right after the project kicked off. While consultants and the company’s management team gathered together and discussed about the future of the company, we came to understand the consultants as a person, and thoughts were conveyed.

I felt that a momentum for everyone to work together as one in the creation and implementation of the growth strategy was also created. 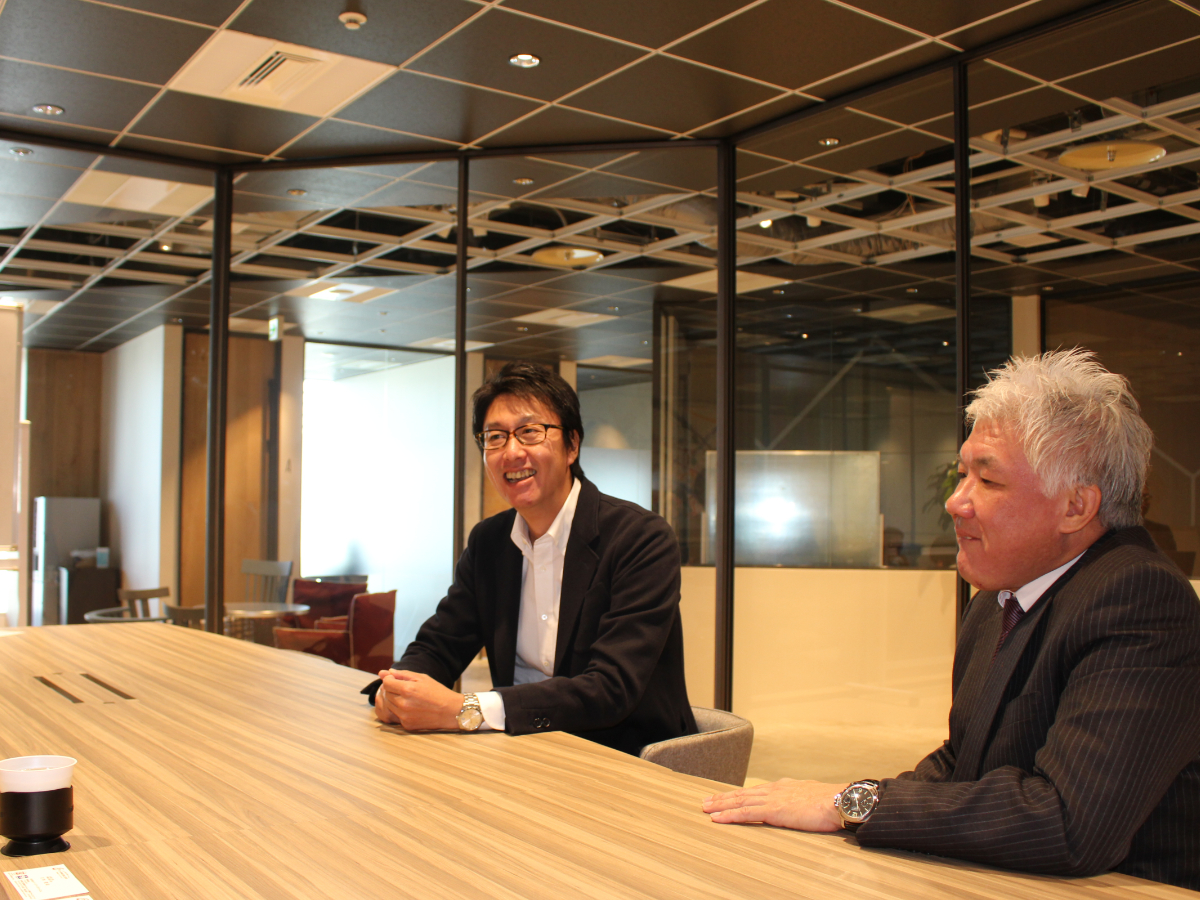 Uchiki: They were also very helpful from the perspective of carrying out the project. For example, during breakout sessions where discussions on different topics were conducted, consultants will participate in each sessions, and manage the progress according to the proceedings and the overall state of progress for us.

They could have only shown us the method, but instead they participated fully as one of our companions. While playing the role of a player, standing and participating from the same standpoint in some activities, they also play another role as a coaching player by allowing members to make important decisions, in order to improve the members’ awareness and ability.

The desire to create the best plan could also be felt at all times, when we see that attitude, we also gained an awareness to carry on improving the completeness of the plan until the very end.

The project has entered the latter half, and the overall of the plan started to become visible. Lastly, please tell us any requests or expectations you have for LiB Consulting. 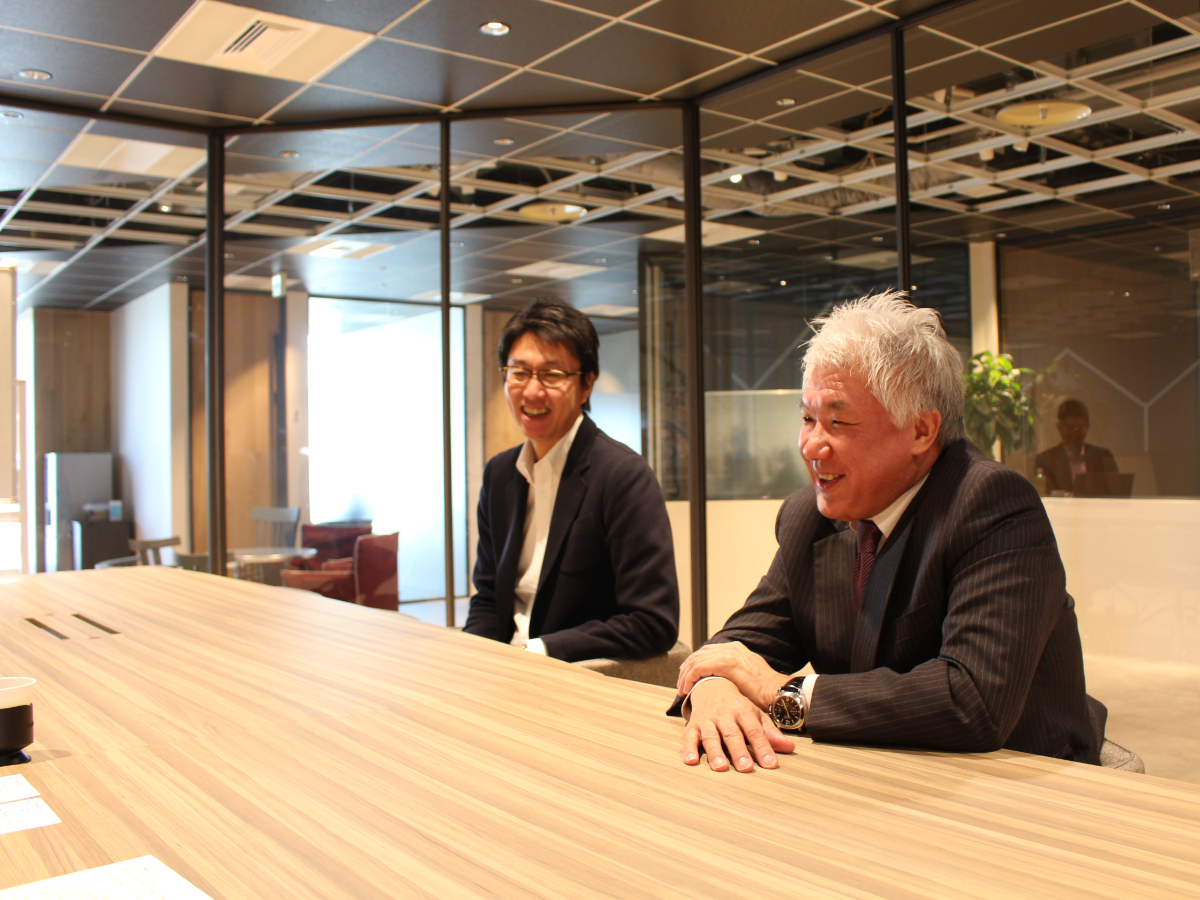 Takahashi: Concerning the middle-term management plan, not the formulation, but the implementation, is important. The growth strategy should not only be drafted, but it has to be achieved.

Therefore, I hope that the plan formulated this time will also be specific enough to be put to use immediately after completion, and that it would steadily lead to success.

Moreover, through working with LiB Consulting up until now, I felt that a trust relationship has been built between us, and for me, I think that there are still many knowhows and techniques not only in the design of the growth strategy, but also in the implementation.

From now on, I would continue to communicate the plan’s objective and details to all employees in the company and instill the team spirit of moving forward together and wish that LiB Consulting would continue to take on the role of complementing what our company lacks, and our weaknesses. 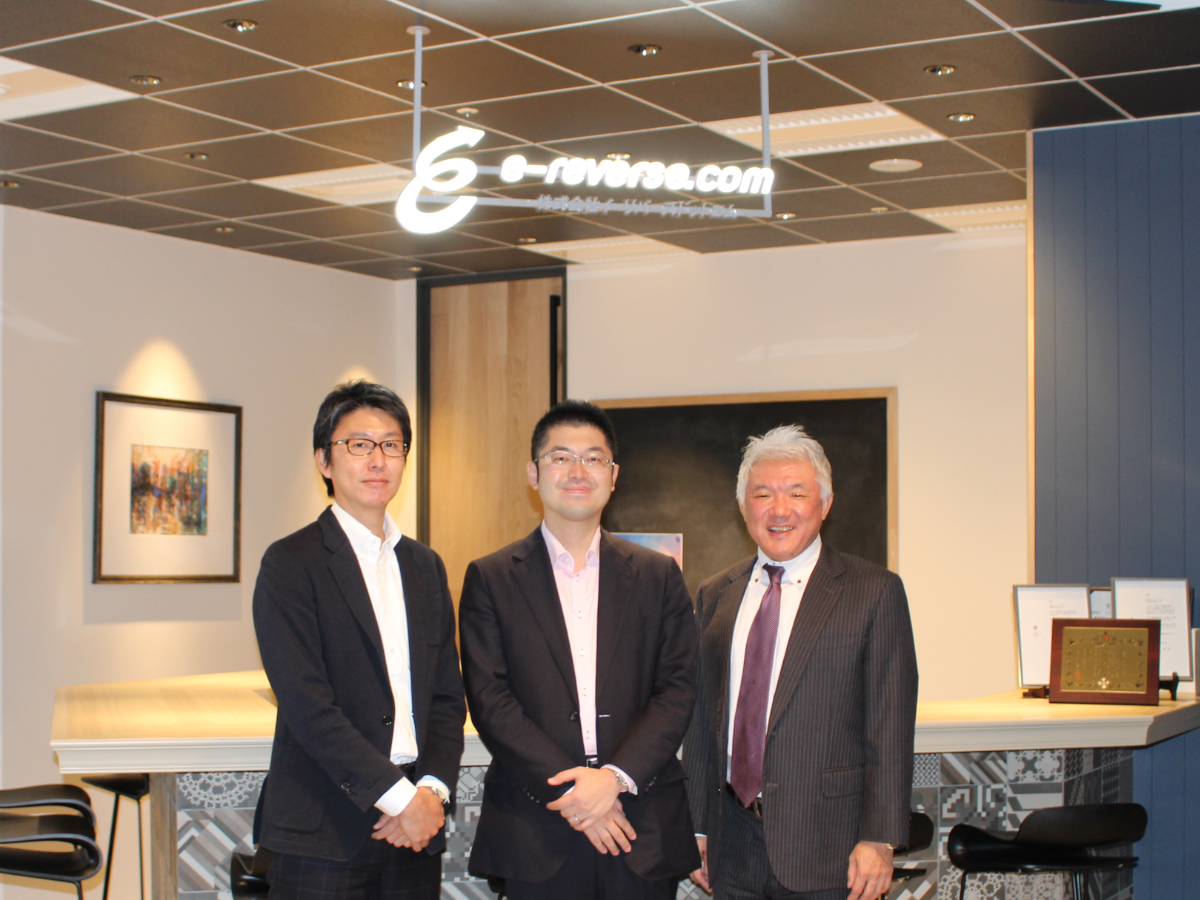 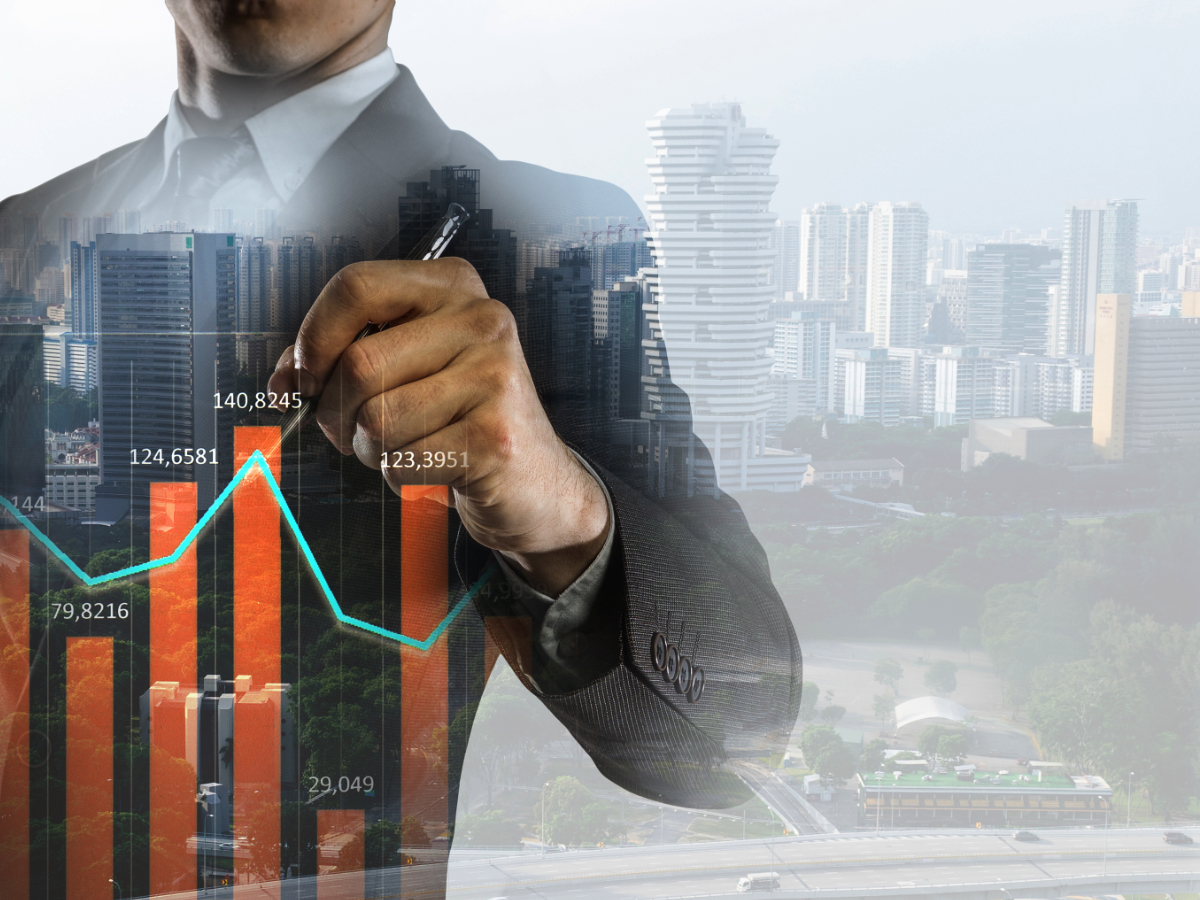 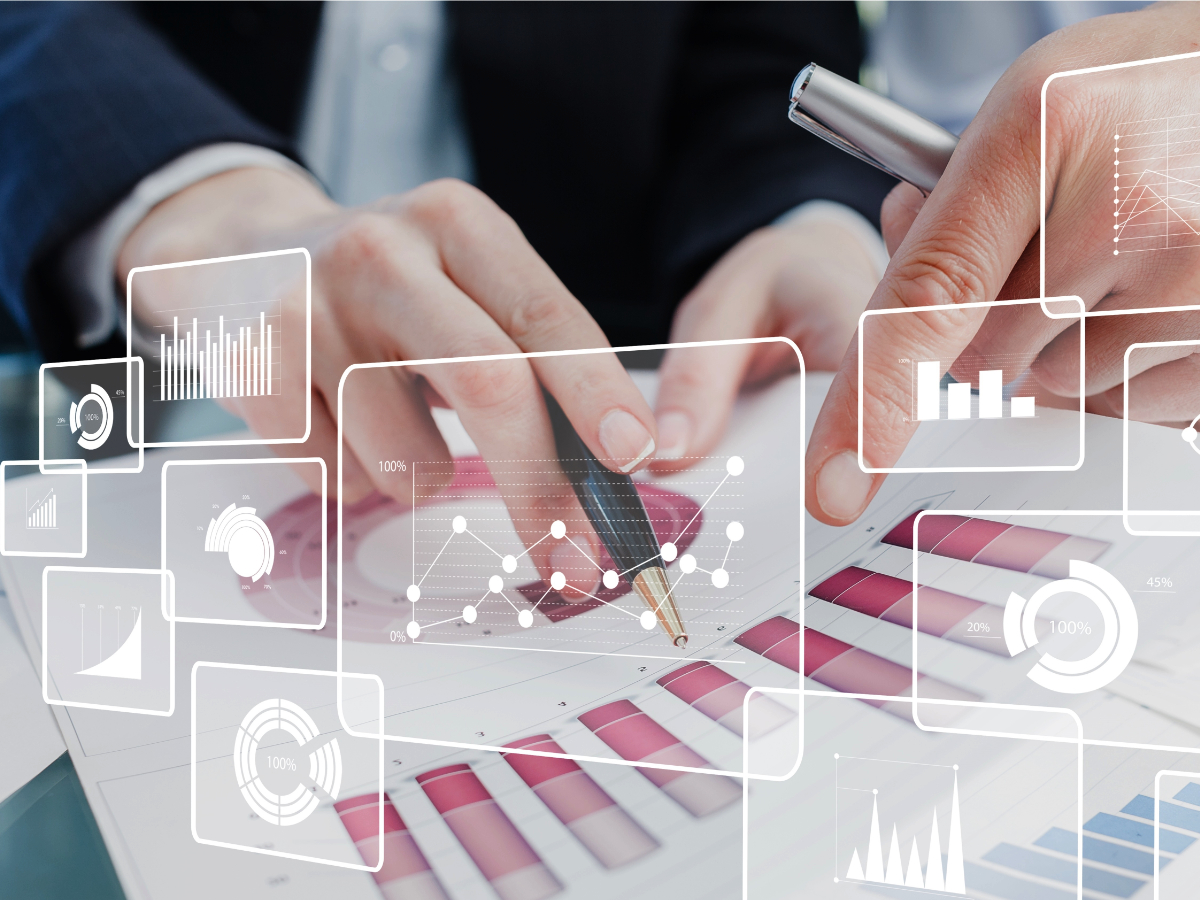 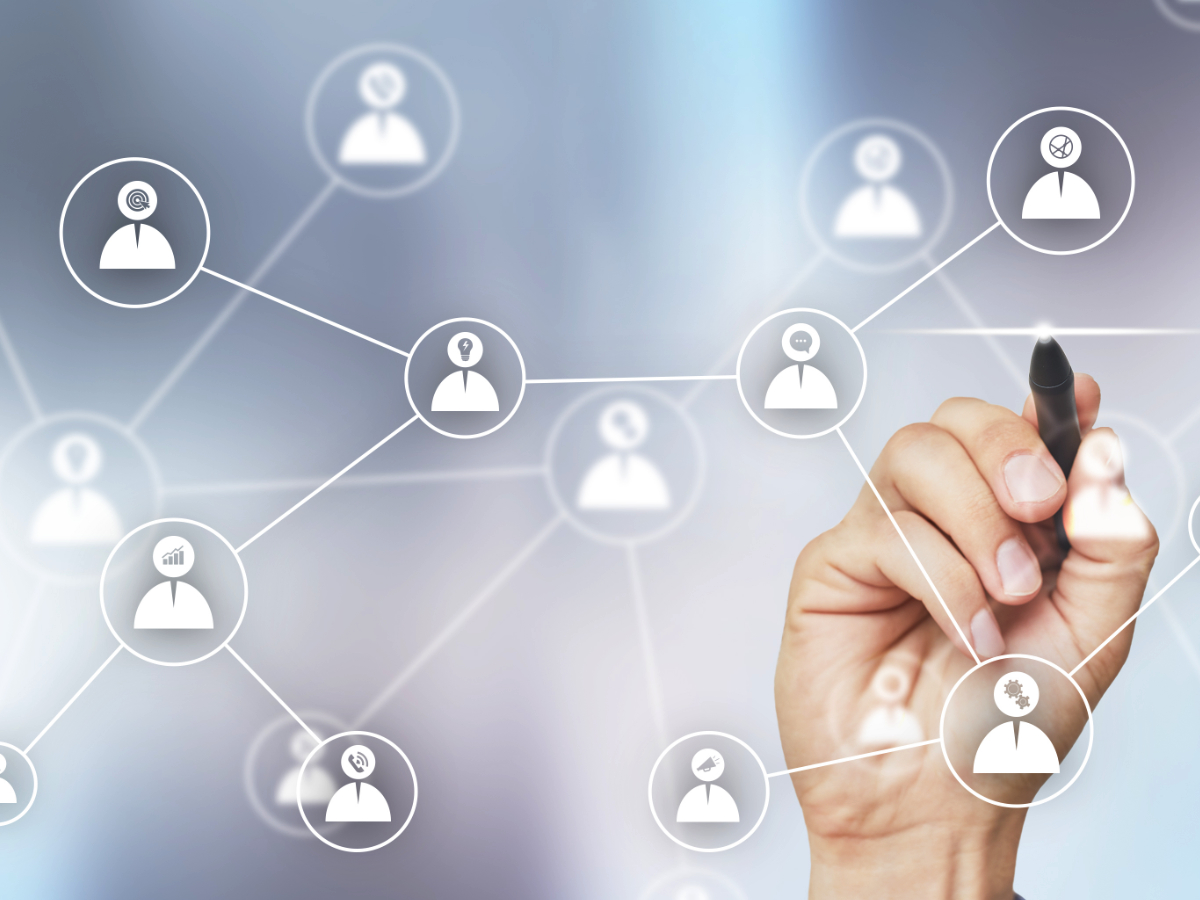 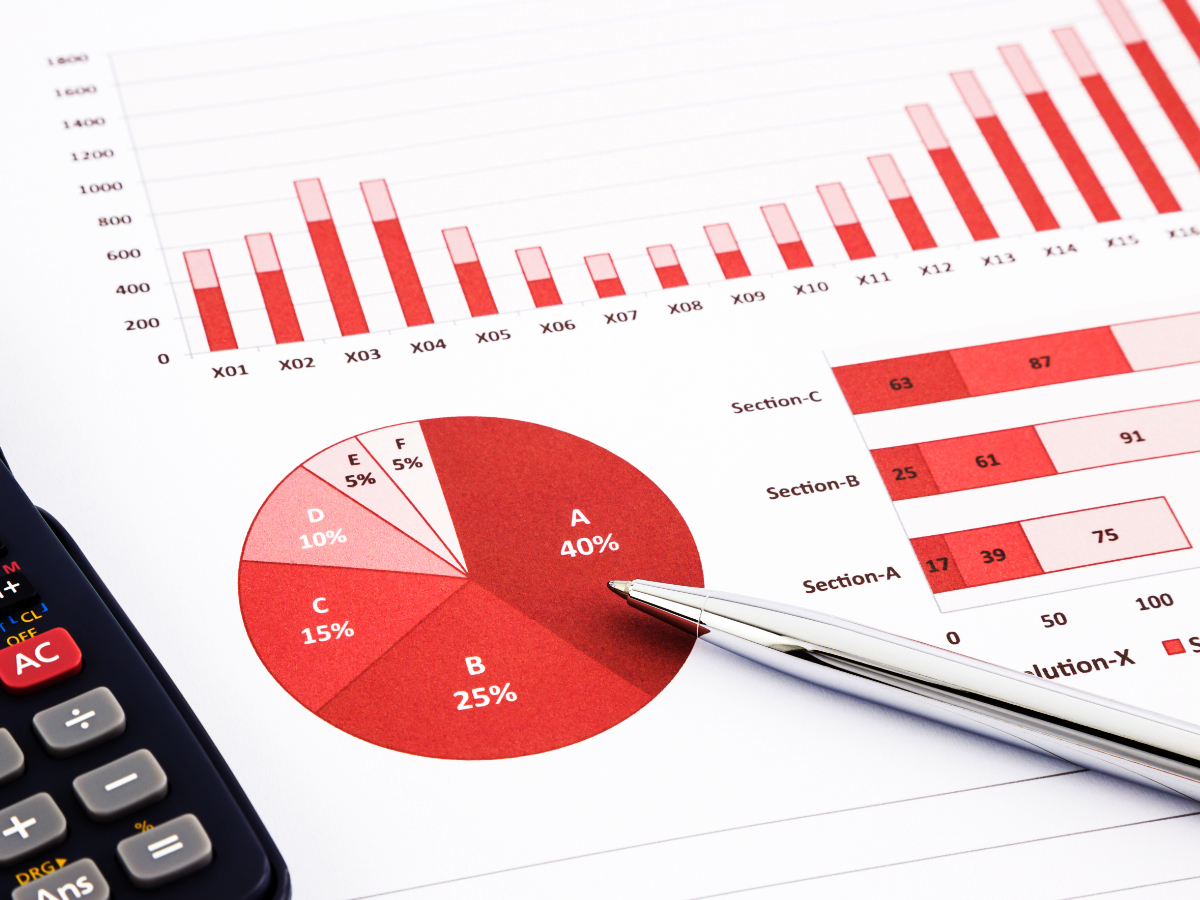 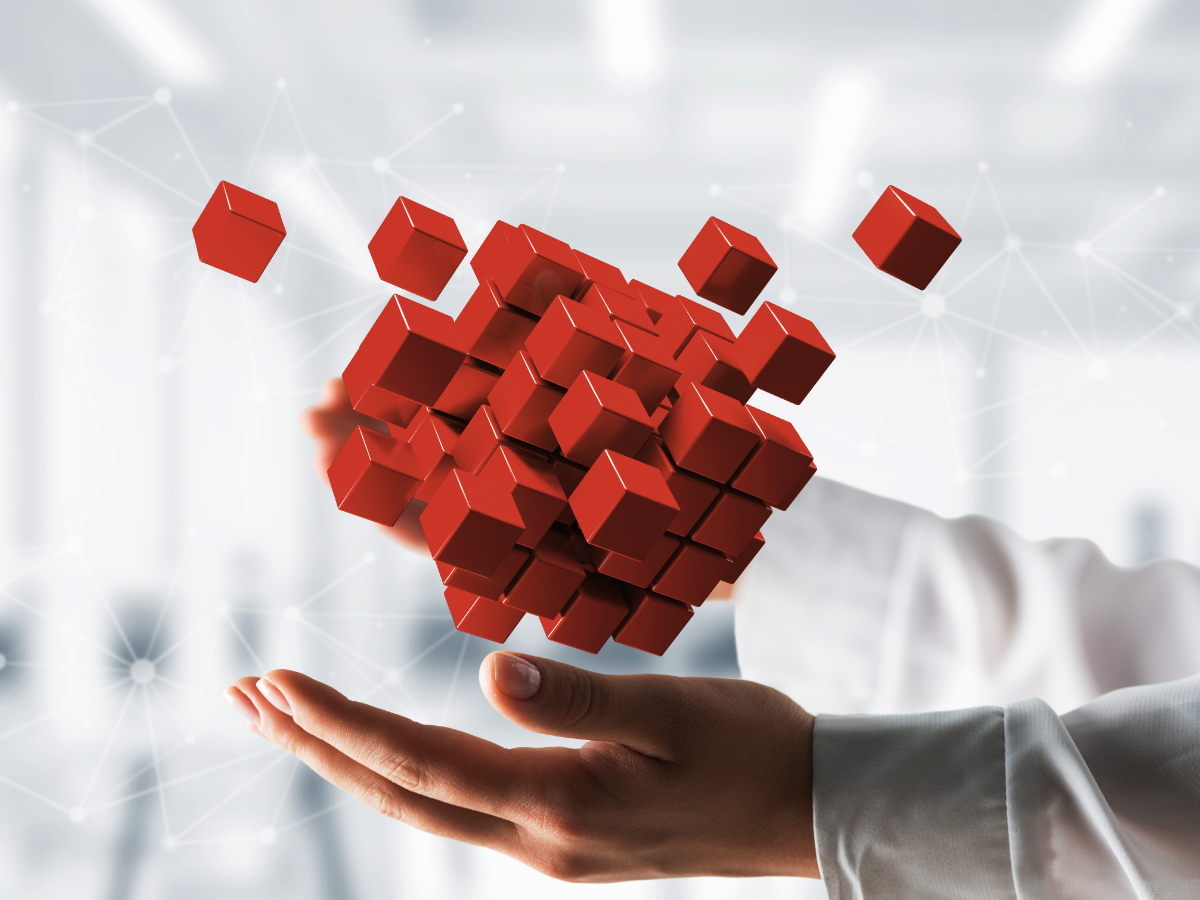