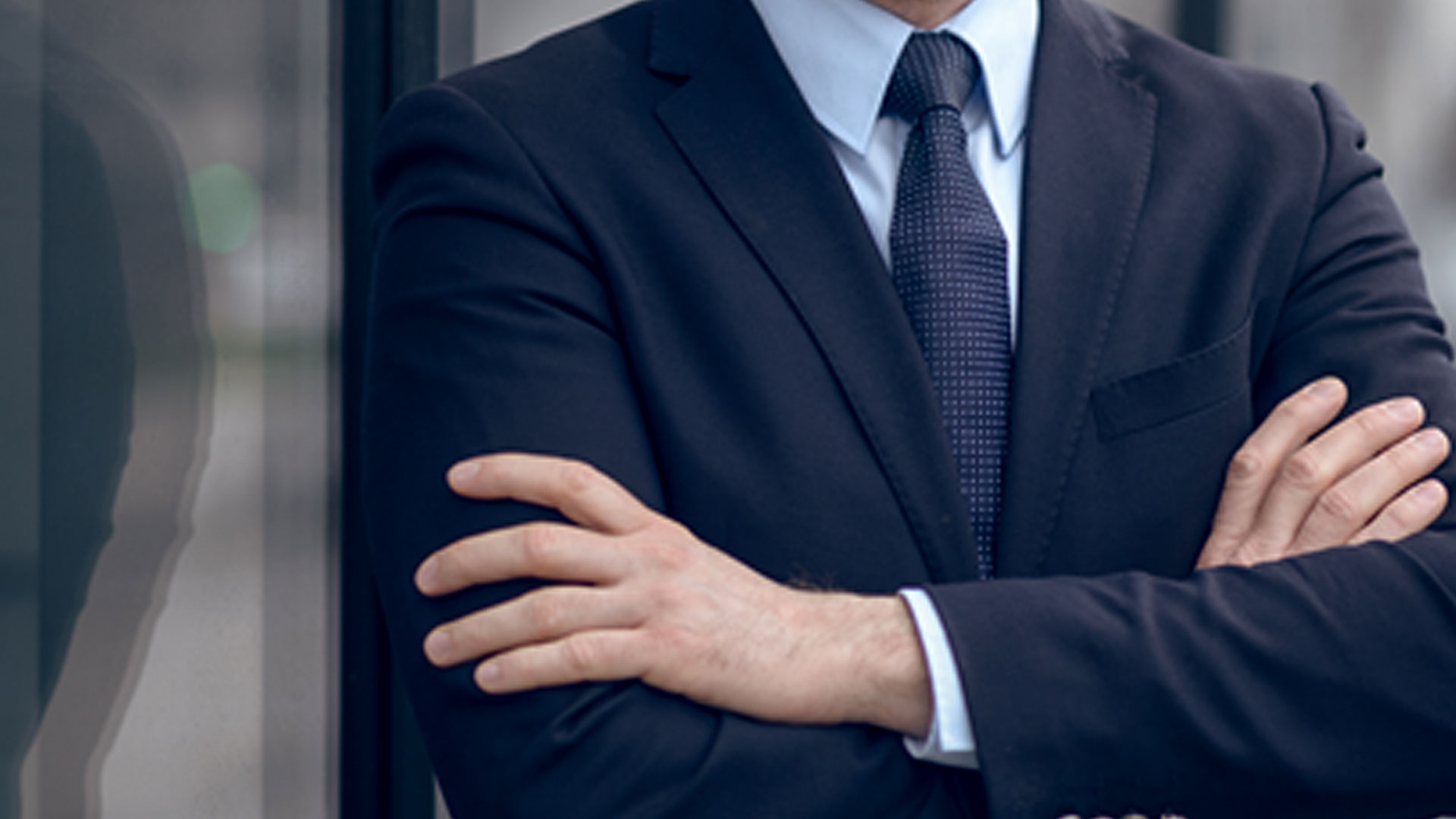 Posted at 08:45h in LIB Insights, Opinion by admin

Amazon founder, Jeff Bezos was quoted as saying the following on the changing trend of sales and marketing in the management strategy

“The balance of power is shifting toward consumers and away from companies. The right way to respond to this if you are a company is to put the vast majority of your energy, attention and dollars into building a great product or service and put a smaller amount into shouting about it, marketing it. In the old world, you devoted 30% of your time to building a great service and 70% of your time to shouting about it. In the new world, that inverts. Your brand is formed primarily, not by what your company says about itself, but what the company does.”
Starbuck’s Howard Schultz also has similar thoughts on advertisement cost, he wrote the following
“Starbucks’ success proves that millions of dollars of advertisement spending is not necessary in establishing a national brand”

Both of them started out as venture businesses, and it is without doubt that they climbed to the top to become successful businessmen through revolutionary business strategy.
Amazon started officially in 1995, Starbucks’ breakthrough could also be said to be in the 1990s. In another word, traditional advertisement-centered sales’ era has ended, and as they both said, right now is an era where rather than advertisement, product quality and word of mouth have become the main driving forces.

The fall of traditional media seen through data

Advertisement fee for the once popular four mass communication media is declining yearly. Number of copies of magazines declines, television also fail to record same ratings it once had. Figure 1 is a summary of advertisement fee growth for each business category.

The rise of the internet

A media which is growing and looking to replace the four traditional media is the Internet. Due to the popularization of smartphones, the internet has become a media that is extremely familiar, especially for young audiences. Thanks to the speediness of information and interactiveness, many services, such as SNS or curation application have been developed.

According to the documents by MIC (Figure 2), if the data amount in 2001 equals to 100, that figure would rise to 7163 in 2009, the data amount increased by more than 70 times during a period of only 10 years. On the other hand, there is a limit on the information amount one human can process. Due to the excess of information, more than one can fully grasp, information are processed in one moment, and are suddenly forgotten and gone. Under an information flood era like the present, how are people choosing information?

The value of information lies in the quality, not amount

From Nielsen’s survey in April 2009 (Figure 3), in the ranking of reliable information source, No.1: Recommendation from an acquaintance, No.2: Consumer review on the internet, surpassed television or magazine. It can be seen that, for consumers, referral and word of mouth are reliable information sources.
Referral from an acquaintance, or word of mouth from a third party under similar circumstances are deemed highly reliable due to the close psychological distance or status. It is not an overstatement to say that at present, referral and word of mouth have surpassed the four main media, such as television, and is becoming one of the most reliable media for consumers.

Asia, there are still many unexplored industries, and the growth of existing trade partner leads directly to the company’s growth. It is a scheme in which the existing trade partner’s business expansion leads to a larger budget, which results in the increase in trading value with the company, and leads to the company’s growth. As was in the case of Japan during the high-growth era, in this stage, by aiming for the maximization of CLV (Customer Lifetime Value), a substantial sales expansion could be anticipated. Shown here, is a document for reference on CLV improvement (Figure 4, 5). 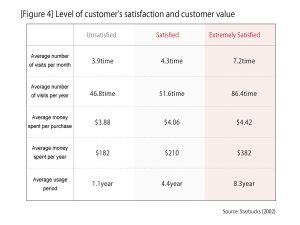 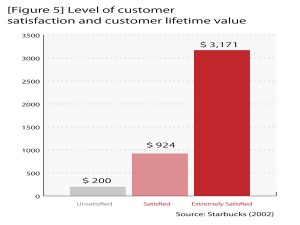 This is a document about Starbucks corporation’s customer satisfaction (CS) and CLV. CS is the horizontal axis, while CLV is the vertical axis. From the graph, it can be observed that the higher the customer satisfaction is, the higher the number of store visits and purchase price. Moreover, there is actually more than 3 times price difference in CLV between “satisfied” and “extremely satisfied” customers. Therefore, it can be seen that in order to maximize CLV, increasing the customer’s satisfaction is an important prerequisite.

What is CRV, an important index for referral and word of mouth strategy?

However, in a mature market such as Japan, all rival companies are already maximizing their CLV at a high level. In a situation where sales from existing customer hits a plateau, the current situation is that traditional CLV maximization alone could not differentiate the company from rivals, and does not lead to growth. Therefore, an index which takes one step further is necessary.
Hence, mature market such as the US are now currently focusing on maximizing CRV (Customer Recommend & Referral Value). CRV is an index which does not represent only the increase in sales from the customer whose satisfaction was increased himself, but it also takes into account the increase in sales from families, friends, and acquaintances from referral and word of mouth. In another word, the point lies in the efficiency of new customer acquisition through existing customers.

From the figure, among consumers who received word of mouth, more than 50% actually search for respective product or service, and more than 40% actually went to take a look at the product. In another word, it can be seen that word of mouths from an acquaintance easily leads to action. 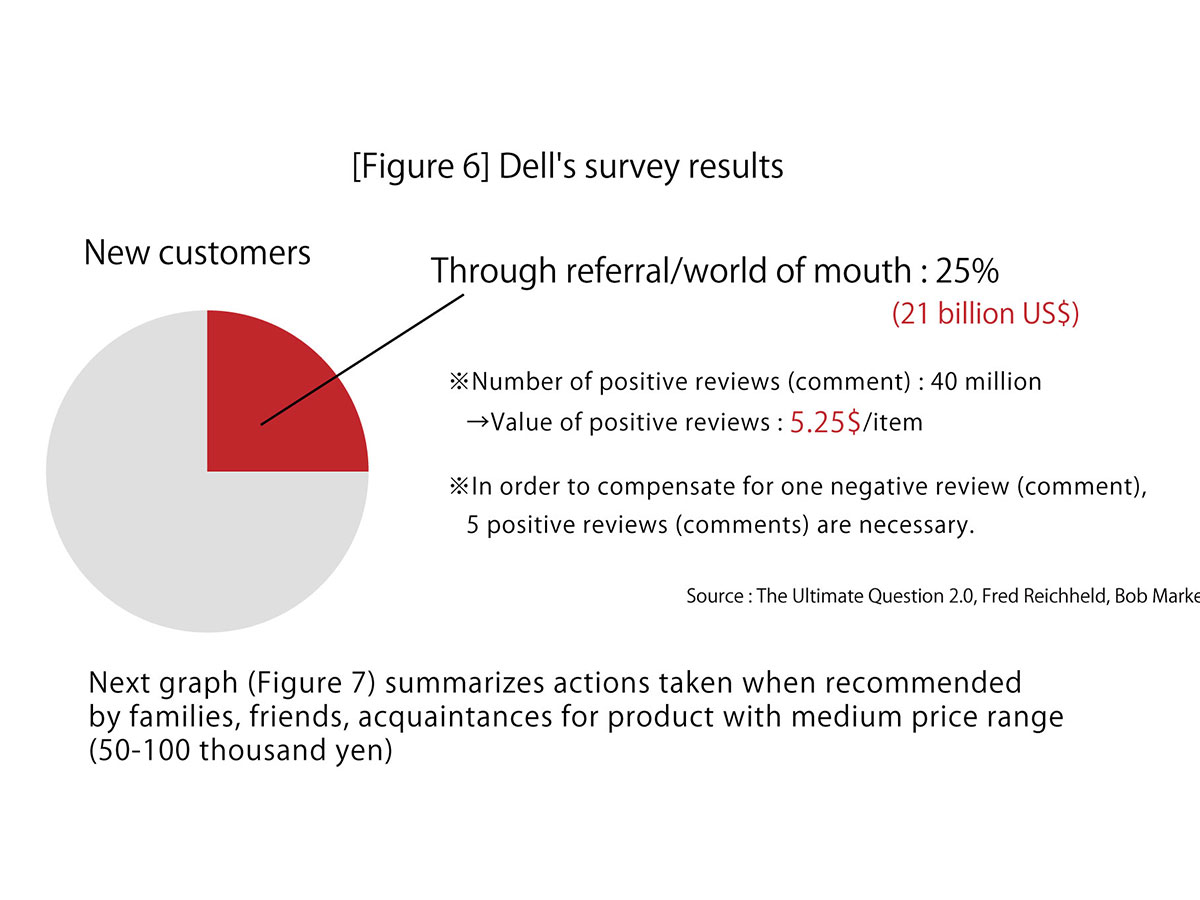 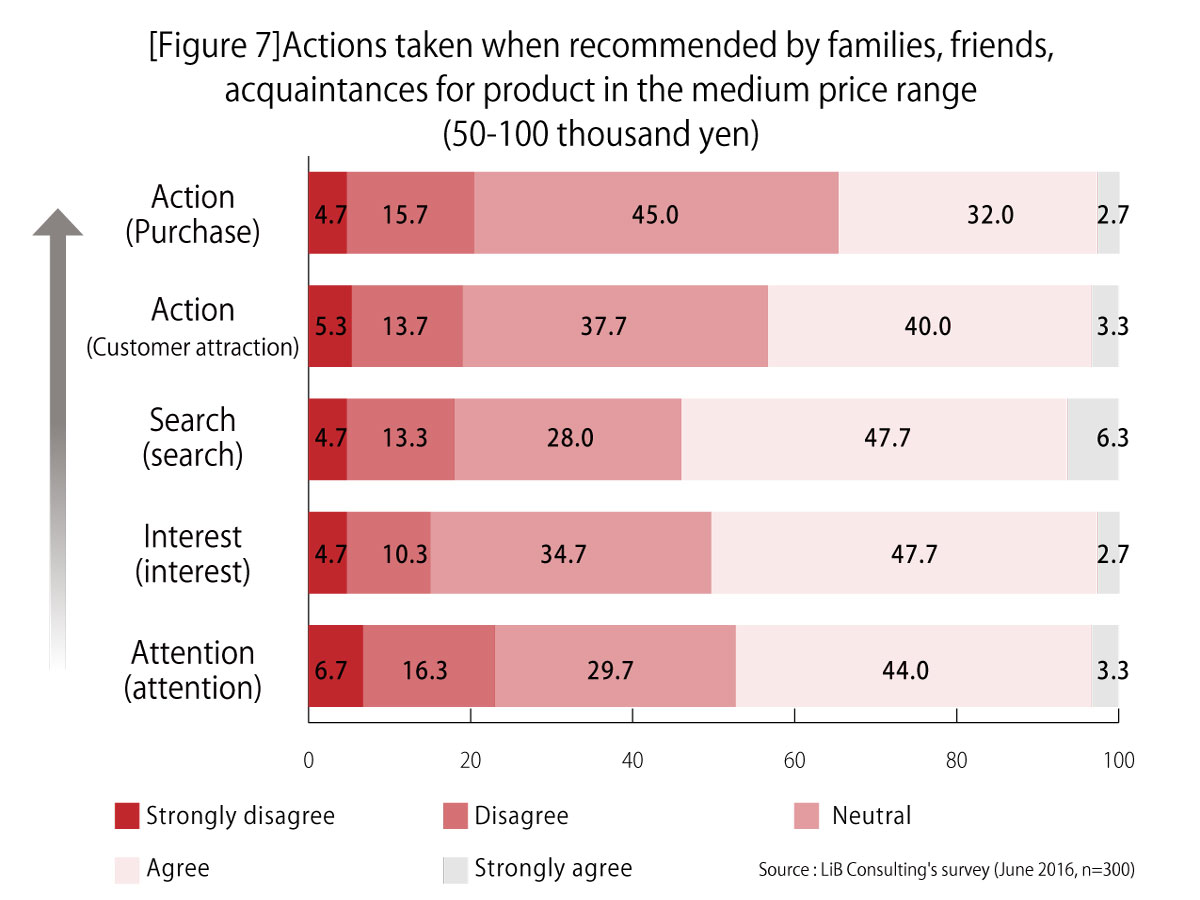 The next graph (Figure 8) shows how word of mouth from acquaintances affects purchase price. From this, more than 50 percent of consumers answered that they would still purchase the item even though the price is 10% higher.

In other words, it can be seen that due to the high reliability of information from referral or word of mouth, it could easily leads to purchase decision, and there is even a high probability that the item will be purchased even if it is slightly more expensive.

The overview of CRM from CLV and CRV

In recent years, Japanese companies have started to become aging organizations, and this was even thought to be the reason behind the decline in sales activity. However, for a sales strategy utilizing referral and word of mouth, the aging of an organization could be a benefit. Even though aging sales organizations often lack the motivation to acquire new customers, they often possess better relationship with long dealing existing customers, compared to a sales organizaion with younger population. There is no way that this customer asset could not be utilized in referral sales.

Actually, there are companies in some business categories in which have already implemented CRV. BtoC examples are real estate or car dealers, and BtoB examples are system development or office equipment vendor. In another word, businesses that have low purchase frequency. In contrast, currently business which have high purchase frequency are known to focus only on CLV index (Figure 9). However, a growth strategy which focuses only on CLV index face a high probability of slow growth in the declining population, and aging society. Therefore, it is also important to promote CRV maximization in these businesses, in order for an effective customer acquisition.

From the next column onward, detailed actions that should be taken for the maximization of CRV will be introduced based on the four main actions previously mentioned, 1. Selection of customer who refers well 2. Identifying the company’s product or service’s characteristics that could lead to referral 3. Communication method and point of contact with potential referral customer 4. An organization system that supports the standardization of new referral sales.