Posted at 14:36h in Industries, Manufacturing & Automobile by admin
INDUSTRY


-Sales department of a large electrical appliance manufacturer in Korea.

-Systems such as CRM or SFA have been introduced previously, however, the salespeople’s understanding and motivation has not been improved, and the systems have not been functioning.

-Returning to the starting point by focusing on strengthening executive ability in order to reinvigorate the workplace through analog management, instead of system management.

-Salespeople of the manufacturer and agent’s salespeople work together as one for the improvement. 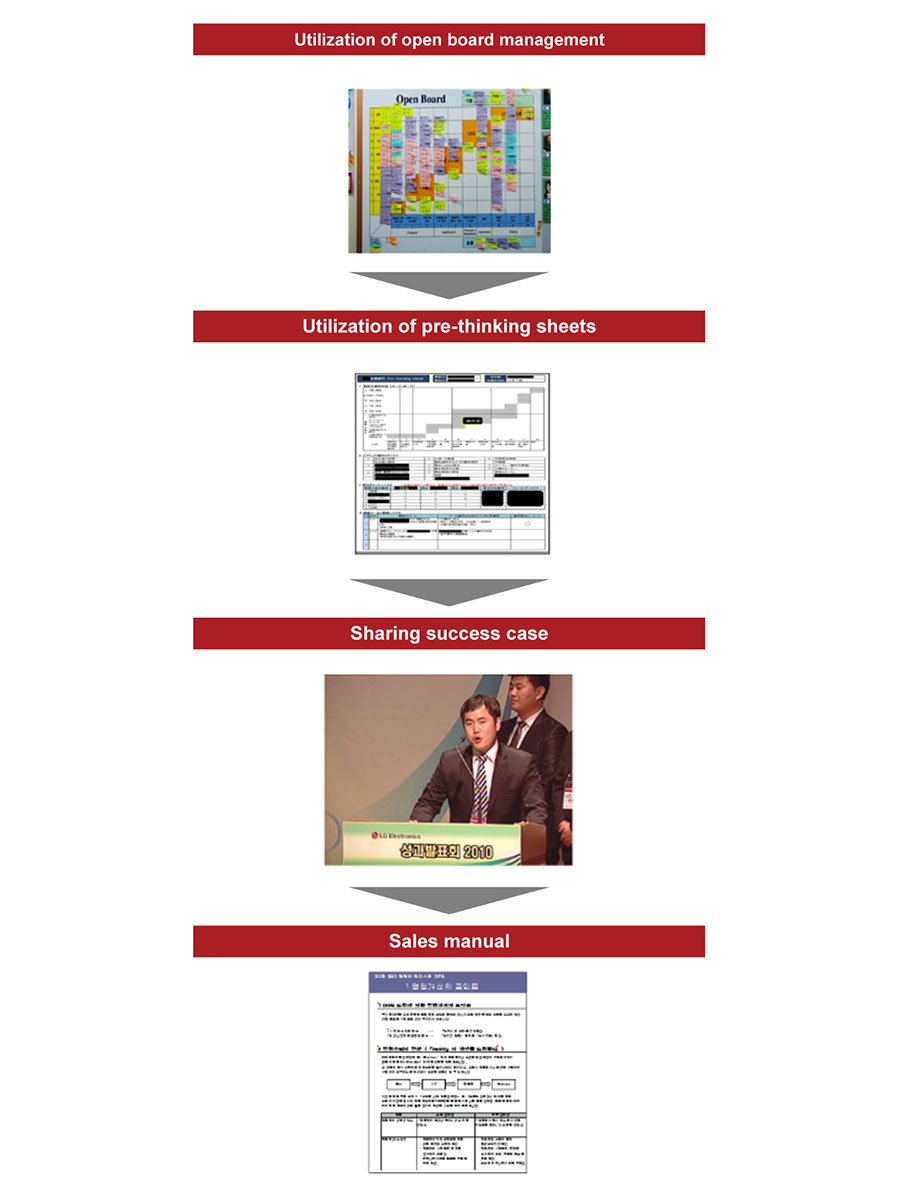 -A management system which balances the buyer’s psychology and sales step through Open Board was constructed.

-Continuous management was realized through visualization through Open Board Sales manuals of both the agent’s salespeople and the manufacturer’s person in charge were created. 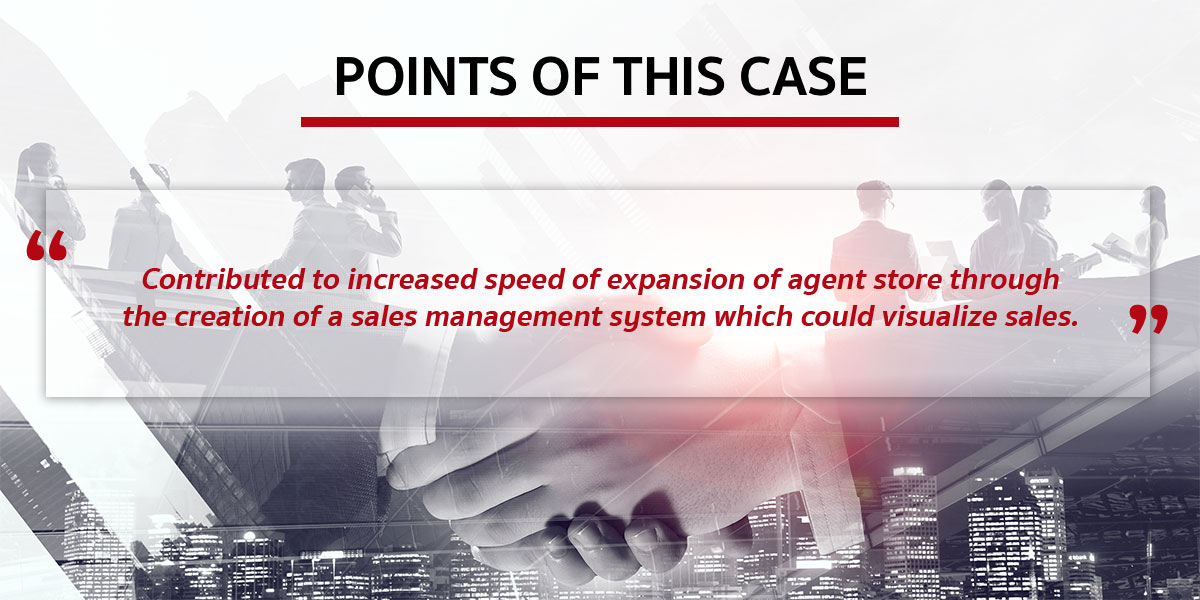